Last week we had a great time learning together about King Josiah. In case you missed it, you can quickly catch up by watching this video.

We were amazed that he became king when he was only eight years old! But even though he was young, he was a great king because he followed God.

When Josiah became king, lots of people were worshipping idols (statues) instead of listening to God. Even though they might have been beautifully made from expensive materials, they had no more power than an old cardboard box! We had a lot of fun building towers from boxes and other recycling, then knocking them down, just like Josiah had knocked down all the idols that people were worshipping. God is the only one who has true power and the only one we should be worshipping! 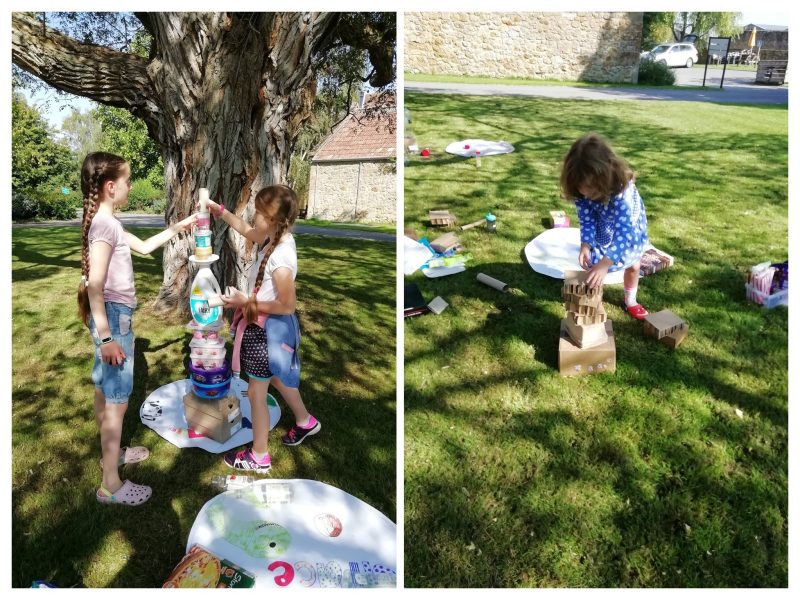 The sad thing is that a hundred years before Josiah became king, God’s people were warned about worshipping idols. One of God’s prophets was a man called Isaiah. He warned people that if they didn’t start to listen to God then they would be taken out of their land by powerful kings. But as well as warning God’s people, he also gave them a message to bring them hope – a rescuer was on the way…

This story is from the Jesus Storybook Bible – if you have one at home, you could follow the story in your bible as you watch the video.

Unfortunately, the people didn’t listen to the warnings that Isaiah and other prophets gave them, so they were captured by powerful kings just like God had said (we’ll be learning all about that soon!) But even though things were really bad for the people, they could remember the hopeful message that Isaiah had told them.

Dear God, thank you that you sent Jesus to rescue us when we couldn’t rescue ourselves. Thank you for people in the bible who listened to you and spoke your messages even when it was difficult. Please help us to listen to you like Isaiah did and to obey you like Josiah did. Amen.

Isaiah had to listen carefully to hear what God was saying to him. Spend 2 or 3 minutes listening – write or draw a list of all the things you can hear!

Play ‘destroy the idols’ – build a tower using boxes, bottles and other things from your recycling bin. Then try to knock it over by throwing a rolled up pair of socks at it!

Ask your parents to check their email for an extra activity!